Only an hours train ride from Brussels and we arrived in Bruges/Brugge around 16.00 and checked straight into our hotel (yes hotel) - we had found an Ibis Budget http://www.accorhotels.com/gb/hotel-5046-ibis-budget-brugge-centrum-station-previously-etap-hotel/index.shtml that was loads cheaper than the limited number of hostels in the city (I don't think Bruges is normally on a Backpackers list). The room was really nice, small but had everything we needed (and it all worked!). It was right next to the train station which was brilliant as we weren't up for carrying our backpacks, we were starting to flag and need a day or two chillin'.

After a quick shower we set off to see what we could find in the evening sunshine. By this time the TI was closed so we thought we would just walk in and follow our noses. It ended up being only a 15 minute walk into the centre of Bruges, through a nice park with signs guiding you to the centre Markt (Market Square). Everywhere we turned we were greeted by amazing architecture, not a horrible modern building in site, making this the most beautiful town we have seen so far on our journey. With it’s maze of Canals, charming buildings, winding streets and cafes on every corner this looked set to be the chilled weekend we needed. After a quick tour around the cobbled rue's we decided try the local beer Zot (the only beer that is actually brewed and lagered in Brugge) in the afternoon sun by the most photographed stop in Brugge. After the beer we realised we were in need for food and after looking at every menu in Brugge (well it felt like it) we enjoyed a burger and Belgium beer Jupiler. 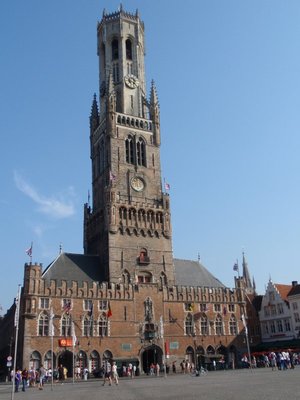 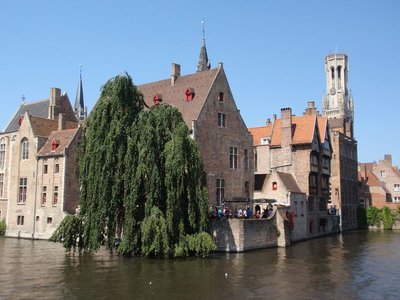 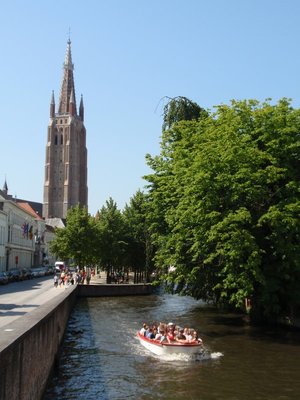 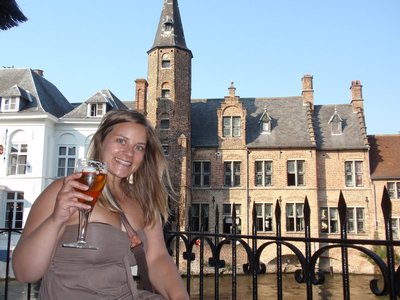 The next day we headed straight for the TI to grab a map before going to a small patisserie for breakfast. We then weaved our way through the small streets discovering all the sites, amazing churches, almshouses, windmills, fantastic buildings and canals. The sun was shinning without a cloud in the sky so we got two massive baguettes and went to sit in Astridpark, a gorgeous park with a large fountain and quaint church. 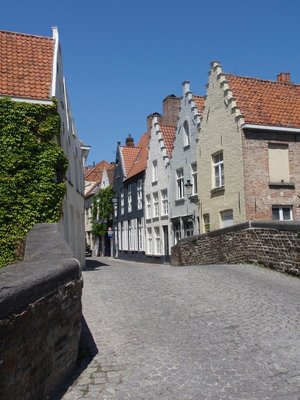 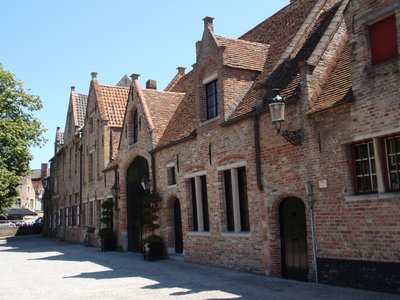 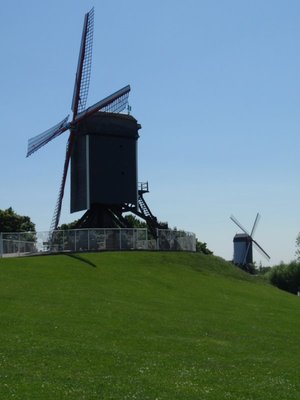 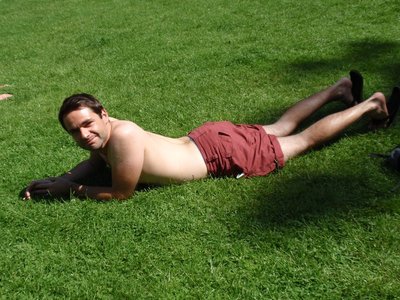 Our final night we ate out at a really nice restaurant right by one of the canals and Nick finally got to have his Moulles Frites while I had a Grilled Chicken Breast which had been marinated in the local beer Zot - yummy!

We both fell in love with Bruges and were really sad to leave the next morning as we could have easily stayed longer, but Germany was calling!