We again had a leisurely start to the day, getting all our stuff together, that had managed to scatter it's self around Sarah and Paul's house. Once we had forced as much as we can into the backpack we headed to the bus stop to get a bus to Benidorm bus station €1.50 each. Once we arrive we quickly got tickets to Alicante bus station (€4.60 each) and run to the shop to get dinner for that night. We enjoyed a nice air conditioned 45 min bus ride into Alicante and were hit by the heat as we arrived ready to walk half a mile to the train station... 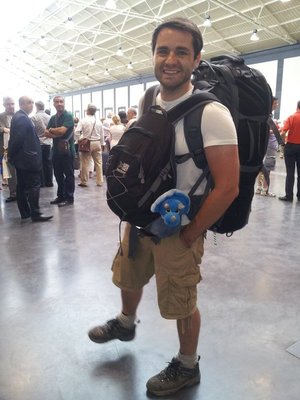 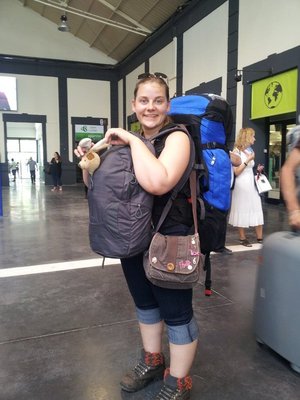 However, we soon forgot about the weight, as the train station was surrounded by police cars and there were police men and women wearing riot helmets at every entrance. There was also some sort of protest going on outside and the roads were blocked off. We had to show our tickets to the police to get into the station and then once we were in half of it was cornered off.

After 30 mins a train came in with lots of important looking people on it and what looked like high ranking military Army, Airforce and Navy (as I'm writing this I have looked up what was going on and Spain’s Crown Prince Felipe was on the a new train from madrid, which cost loads to build making people redundant in the process, so that explains the security and the 200 strong people outside protesting. 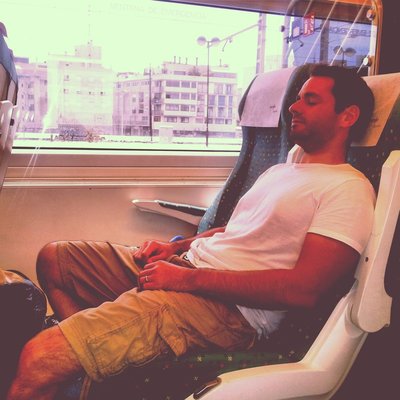 We didn't get to Barcelona till 20:00 (not because of the stuff at the station just the long journey) and we left Sarah and Paul's at 11:00, but we did get 2 buses, a train and had to walk about a mile. We are now chillin in our new home for a few days, which is really nice, and the people here all seem nice too. Everyone is from all over the world but they all speak english better than us and Spanish.

Posted by Nick-n-Charlie 17:00 Archived in Spain